Welcome back to X_E Blog!
After nearly 3 weeks,finally I'm here again and back for more!How is my last article?doesn't it good?hahahaha I'm just kidding.It took me 2 days to finish it hahahaha

Okay back to the topic.It's time for another game review for you.And guess what, this retro game would be a bunch of golden for all classic gamers out there esspecially for you who born and live around the end 1990s.

So don't be waste any time for it..here you go,Resident Evil 3:Nemesis! 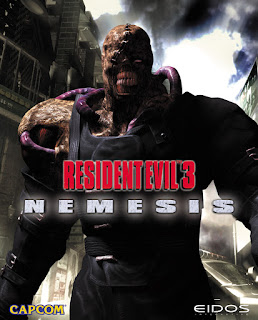 It's been more than a decade since this game was released.This game along with two of it's predecessors (and few other games) became the most iconic game in Playstation 1 history.Though Resident Evil 3:Nemesis was released on other platform outside Playstation (Dreamcast,GameCube and even PC).

The plot tell us about the outstanding effort of Jill Valentine who try to escape the Racoon City which fully populated with the T-Virus containee (s) and turn all the citizens into a mind-less zombie (the zombie attack the people and also cause them to turn into another undead).The Population begin to decreased dramatically because of this "Cannibalic Desesase".Jill try to escape,but it would not be that easy as the "Pursuer" (Nemesis) also haunt her in every single place she step into. 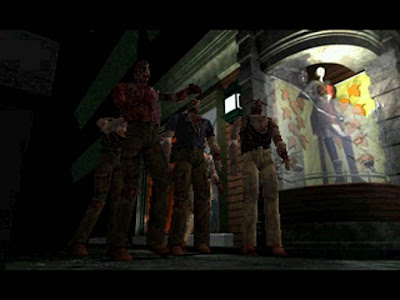 RE3 has the player the ability to dodge the attack along with 180 degree quick-turn to feel the real time gaming.Unfortunately the graphic still much as the previous game.RE3 also received the outstanding reaction either critic and praised.

Most critic come from the bad texture quality and the short duration of the game.While the most praise come in the form it's main antagonist Nemesis who look so intimidating and it's skill than previous bosses. 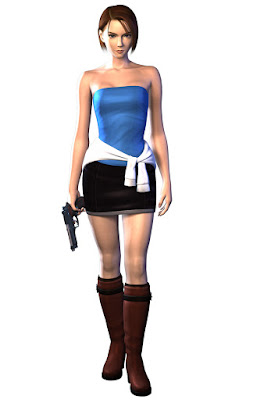 For me,Resident Evil 3 is the most horrofic game in my life other than that little damn Fatal Frame series.

However,as the time passed by....the gamers begin to lost their "identity" as the game also begin to dissappear...Playstation....dissapear....But now,we find the way to play it again!

YES! with your EMULATOR,everything would be true!

There's so many player who get mad after their downloaded file can't be open or the game simply freeze at the first warning before the opening cutscene.Yeah, I'm also experienced the same thing but finally I found what i got!

That blog used the Spanish languange,but just simply follow the direction or you can translate it with translator (the game still with english languange...so just relax).And of course don't forget to download the emulator if you want to play this game!Just click the link above (EMULATOR).

So Thank You for your visit and Keep Living in the Moment with Me Jeff Hardy!!!
Diposting oleh www.rainbowhairedwarrior.blogspot.com di 16.34